skip to main | skip to sidebar

I'm in love with a man who's not my husband!

Yes...yes I do. But that's ok, it's just loving his music. I spent all day yesterday listening to "Black and Gold", but then I realized the rest of his album is amazing as well! 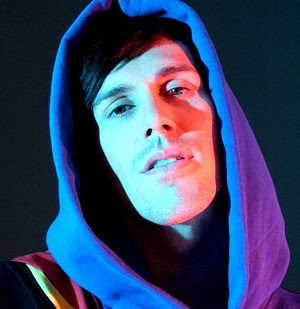 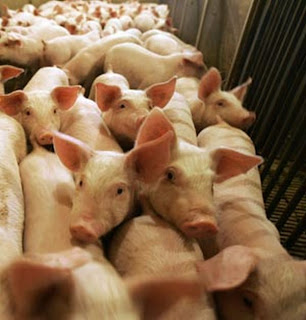 Ever since my husband left for New York a few weeks ago my grandma has been calling me just about every day, for one reason or another. Usually it's to ask how the cats are (they're fine), how I am (I'm fine too), if I either put gas in the car or had the oil changed (yes to both), and when my husband's coming home. He told me I should tell her "Never, and it's because of you!", to which I told him that, though it was amusing, the sarcasm would just confuse her. I guess sarcasm doesn't compute well when you're speaking English to a Romanian speaker.

Well, today she told me that her sister told her they've shut down schools in Romania because of swine flu. Actually, I don't know if it really was her sister since the word for sister in Romanian can also be used in a "my friend" context like "Hey bro, wuddup?!" That's beside the point though. So she told me that I need to be careful because swine flu can make me sick, so what I need to do is get some rubbing alcohol and cotton balls and wipe my nose with them to kill the germs. She then asked me if I had a place to wash (my hands) at work and told me how she takes a little baggie with cotton balls soaked in rubbing alcohol on the bus to wipe her nose with so she doesn't get sick. I feel sorry for the people who have to sit next to her on the bus.

Gotta love those good old folk remedies. I wonder if back in Romania she used vodka or something instead of rubbing alcohol. If that was the case, I bet she stopped when she moved to the US because people on the bus would ask her if they could have some booze too.

I think rubbing alcohol must be her favorite cure-all. Apparently sticking rubbing alcohol soaked cotton balls in your ears will help you get over a sore throat and cold, and if you soak your head in rubbing alcohol it will kill head lice. Personally, I would rather she went with the Victorian era cocaine as her cure all, at least that would be fun and you wouldn't smell like you had a Russian warehouse accident.
Posted by Emily at 6:39 PM 2 comments: 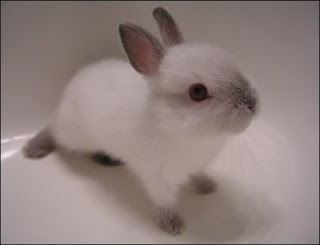 If you like Chipotle, get out your tin foil and head over tomorrow.

In other news, my alma mater apparently has some medical students who are trying experimental amputation techniques.

Finally, rabbit furs can keep you warm in more ways than one. PETA is going to need a lot of red paint for that plant.

P.S. This made me laugh. Watch the little "Learn How" video on the left.
Posted by Emily at 1:50 PM No comments:

So my husband works at the IAVA (Iraq and Afghanistan Veterans of America) now in New York. They work on behalf of veterans as a whole for more benefits, better rights, things like that.

Anyway, they got a video today from a guy who told them that the best way to combat gender inequality in Iraq and Afghanistan would be to send all the women there Western style clothing. He said something to the effect that he was "using his best instincts as a man".

They got a pretty good laugh out of that one, as did I. I think it's been proven time and again that education is the best way to combat these sorts of problems, not forcing women to wear short shorts like Miley Cyrus. In fact, I think that might just get them stoned to death or something. Combating forced morality and dress by going to the extreme opposite is just fighting fire with fire.

I love this photo I found, by the way. It's Lil Kim actually, if you were curious. Obviously forced covering of the face is a pretty good way to dehumanize someone. You can't see their facial expressions or communicate with them in the same way that you can with someone whose face you can see. For women who choose to wear a niqab that's fine, it's their choice, but I don't agree with it simply because of the fact that it's representative of the oppression that a lot of women face by being forced into wearing it. At the same time, I read a study a few months ago which explained that heterosexual men who viewed images of women in bikinis didn't recognize them so much as human beings but as objects. Women need to be allowed to make their own choices and wear what they feel comfortable in, not told what they should wear because it looks sexy or makes them a more moral or pious person.
Posted by Emily at 1:22 PM 3 comments:

The Opposite of Spring Cleaning

Yeah...it's been a while. I know. I just haven't wanted to look at this thing for a while. Not exactly sure why though.

Anyway, I've been trying to clean up the house, get rid of old papers and sell some old books, dvds and cds online. Funny thing, looks like I'm not alone! I just thought that was really strange that KimDonesia happened to write a few blog posts about it just as I happened to be cleaning up.

There were two huge boxes of crap in the closet. The last two boxes that hadn't been unpacked after moving in. I went through and cleaned them all out last night and cut the stuff down by half. I will get rid of more once someone comes home around Little Baby Jesus Day time (that means Christmas).

I went to an office supply store today to get some packing tape for shipping off books and I bought a box to put hanging files in for about $15 and thought that it was a bit expensive and I wanted one with a lid. I went back afterword to exchange it and as I walk in the door right there is a pile of hanging file boxes with a lid on sale for $5 each. It's the little things that make me happy :)

Little Cat like helping me clean, she sat in the box while I tried taking things out of it. I'll post a pic once I get it on the computer.

My husband's been in New York since Sunday. I miss him.
Posted by Emily at 12:40 AM No comments:

I'm getting behind again....

I just wanted to post this because I think this song is amazing. It's about gaining freedom in Iran, obviously.

Also, I saw this article today and am way more excited about it than I should be. New York Times and Time and I'm sure lots of others had articles about it too, but this is the best I think. So yeah, they found a pre-human ancestors that is about one million years older than Lucy. The really amazing part though is that it's more human-like than ape-like, which suggests our common ancestors with great apes probably was more human like and the really ape like features evolved later on with those species. Thing like enlarged canine teeth, for example. I just love this kind of stuff! I think it's so unbelievably fascinating.

Along the same lines, I'm in love with this man. Ken Miller is brilliant. I especially love the ending of this video where he completely owns creationists. It's one thing to believe God created us and the world, it's completely another to deny something that we have piles and piles of evidence for. Is it so hard to admit that maybe, just maybe, God created evolution. Maybe being created on day 6, according to the Bible, means day 5 was for Homo ergaster, and day for was for Homo habilis, then Australopithecus afarensis, and so on. I just find it extremely naive and prideful that people would consider themselves too good to be evolved from some lower beings. Just get over yourselves already.

In other news, Jason got the job! That means we're moving to New York! So excited and freaked out, at the same time.
Posted by Emily at 9:49 PM 1 comment:

You know it's bad when Muslim people make fun of you!

I think the LOLKanyes might never get old.
Posted by Emily at 4:14 PM 2 comments: